At first we were threatened by SARS, followed by swine flu, Bird flu, Australian flu, and a forgotten case of rabbit flu. But they were wrong.

Next, came climate change. Earthquakes, hurricanes, storms. But we survived all the world through at us. Humans were the mighty and we’d not be taken down.

As time continued we grew lax. So lax we failed to spot the real threat. And now we are dropping like flies. Feet stuck in the air as we buzz around on our backs. Wings useless as we fail to take back our airspace. Humiliating, to say the least.

They told us not too worry. After all, we’d laugh in the face of another flu bug.

However, our laughter became drowned out by the virus chuckling louder. The pitch increasing with every death the bug claimed.

Our numbers dwindled by the hour. The hospitals filled. School halls lost the sound of children running to classes. Football stadiums and other sports hall stood bare.

They told us to wash our hands. To sing happy birthday twice. We did. Food supplies were fought over. Why? No one comprehended the true reason.

All muttered the same thing. ‘Get over it. It’s just the flu.’

Then disaster struck. No one noticed until one young man went shopping. One item on his list. Returning home he hung his head as his wife screamed and shouted. ‘One thing! I asked for one thing!’

The same item caused couples to split. And one marriage ended in divorce. Throughout history…The plague, The Fire of London, The Spanish Inquisition …did not one thing cause so much trouble.

But in the year 2020, the outlook appeared bleak. Corvid 19 managed the one thing no other virus managed.

Yes, our lives were over. How could we continue to live? We sat depressed as we stared at the walls while stuck in quarantine. All feared to visit one particular room.

Some considered suicide as an option.

One room became more terrifying than the virus wiping us out. All over one item not being available.

You see. The shelves in every supermarket were empty.

There wasn’t a loo roll in sight. 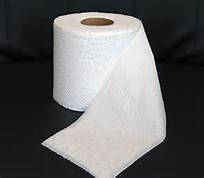